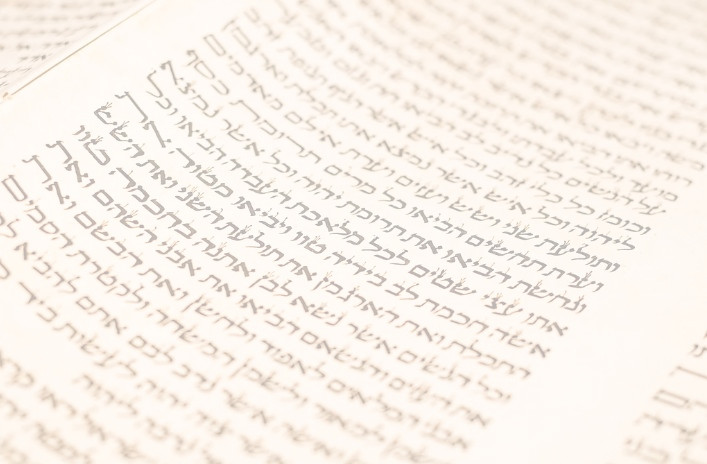 Many believe that the sin of Sodom was Sodomy. That word was coined after the events described in Genesis (19:1-10): The messengers came to Sodom and were greeted by Lot, took them home and offered them food and shelter. As they were getting ready to sleep, the townspeople besieged the house and demanded that Lot hands the guests to them to know them, in the biblical sense. Lot wanted to protect his guests and offered instead his two daughters, but the people would not hear of it and they staged an attack, which was blocked by the guests.

A superficial reading would conclude that the Sodomites were interested in the guests for sexual pleasure, but the one biblical source which details the sin of Sodom disagrees with this reading:

This was the sin of your sister Sodom, she and her daughters were arrogant with abundant food and tranquility, and they did not support the poor and the needy (Ezek. 16:49)

The prophet makes no mention of Sodomy, because the siege of the Sodomites on Lot’s house, and their demand that he hands over his guests, were not the result of sexual desire but rather a manner of shameful punishment. A sexual assault as they were planning would have left the guests scarred for life and would deter other unwanted visitors from approaching Sodomites for hospitality. The Midrashic authors understood this very well, and they paint in vivid colors an image of a hostile, self-centered community, which distorts justice for all but its own select members. Even Lot, who has spent many years under the tutelage of his uncle Abraham, the defender of justice, has become corrupt since he moved to Sodom. While he rejects the demand for handing over his guests, he offers the attackers a horrifying alternative: “I have two daughters who have never known a man, let me bring them out to you, and you can do with them as you wish, just please leave these men alone since I have already given them shelter” (Gen. 19:8)

Lot’s moral values are skewed. He should have been willing to defend the guests to the last drop of blood, but it should have been his and not his daughters’. He treated them as property, as an object which could be sacrificed to protect what he believed to be the greatest value – hospitality.

The response of the townspeople confirms the interpretation of Ezekiel. They say: “look at this one, who came as a sojourner, and now wants to be our judge!” (Gen. 19:9). They are not saying that he prevents them from doing as they wish or following their desires, but rather that he issues a ruling which contradicts their ruling. This description posits the ideology of Sodom as extreme capitalism, and as such it fits one of the story lines of Genesis, that of the evolution, or deterioration, of human society. The story line starts with Adam and the woman who breached what seemed to them as an arbitrary rule, with no victims, and continues with Cain who committed a crime of passion, deliberately killing another human being, his own brother. We then read of Lemekh who announces premeditated murder of anyone who will try to oppose or harm him.

From individuals, the Torah moves to societies. The flood era society was that of oligarchs, a small power elite called Bene HaElohim, who oppressed the rest of society, Bene HaAdam. That in turn led to anarchy and to injustice under disguise of legislation, which in biblical Hebrew is called חמס – corruption and veiled injustice. As families and nations start dispersing after the flood, they decide to create a society where all be equal. One language, one ideology, and a monumental tower. They might have had good intentions, but God identified the potential evil of such a society, the epitome of socialism which becomes dictatorial, 1984 style. God prevents them from pursuing the goal of uniformity by introducing the diversity of languages.

Finally, the Sodomite society appears with the idea of extreme capitalism. To each his own, and you will enjoy only the fruits of your toil. There is no charity or hospitality, and visitors are chased out or tortured. This society, too, is bound to fail, and since its seed is selfishness it breeds destruction. It was into this succession of failed societies that Abraham was introduced. He is presented by God as the solution for the question of ideal government (Gen. 18:19):

I have chosen because he is one who will instruct his descendants to observe the path of God by doing loving kindness and justice.

Abraham is chosen because he maintains a balance between fairness, or justice, and loving kindness, or social support, since a society cannot survive with either extreme justice or welfare systems. But the great secret revealed with the introduction of Abraham to the world is that every society relies eventually on the quality of the individuals. Abraham, the educator, will teach his descendants, who will hopefully emulate him and promulgate his teachings. Lot did not comfortably fit into this worldview, and so he chose to depart from Abraham and join the people of Sodom. Maybe he thought that he will be able to influence them, and he evidently retained some of Abraham’s hospitality, but being the only Tzaddik in Sodom made his mission impossible.

The moment of truth came for Lot when he rushed in the wee hours of the night to speak to his sons-in-law, who thought that he is trying to trick them. They did not think that he lost his marbles, but rather, with their Sodomite upbringing, could not believe that Lot will seek to help them. They thought that he wants them to flee the city, so he could appropriate their homes. We might have run once or twice in our lives into people who are so selfish that they cannot perceive altruism practiced by others, and the tale of Sodom and Lot serves as a reminder that the survival and success of humanity depends on the golden rule:

Love yourself, be the best you can, and then use your talents and possessions to help others!

2 Perhaps Abraham pleaded God to save the Jordan valley cities if they have at least ten righteous but no less, because with five cities, that will afford two to each one. Even the most righteous person needs company and peers to maintain his righteousness, so with less than two people per city, there would be no hope.

Give Earth a Break